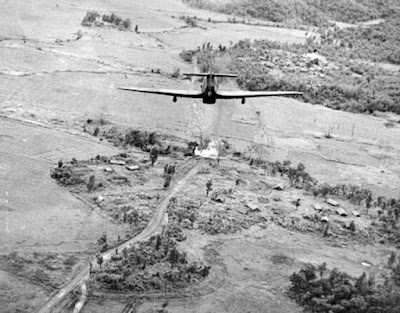 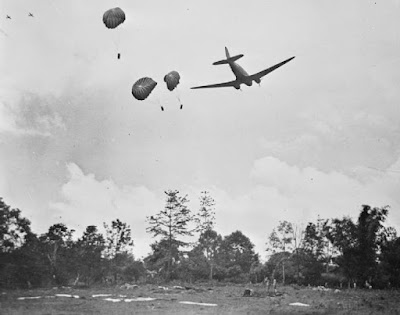 Mutaguchi's carefully planned attacks in February and March 1944 achieved remarkable early success. The attack in the Arakan - code-name Ha Go - which started on 3 February, took the British by surprise and, because of the Japanese impetus, forced Slim to move his reserve divisions into the Arakan - exactly as Mutaguchi wanted him to do. Keeping to his preplanned timetable, Mutaguchi then dispatched 33rd Division on their encircling move to by-pass Tiddim and cut off 17th Indian Division at the southern bastion of the Imphal defences. Here again Mutaguchi's plans succeeded, and Slim had to use 23rd Indian Division - his reserve division in Imphal - to come to the rescue of 17th Division as it struggled back up the road to Imphal. On the northern wing of the Japanese attack, 31st Division under General Sato made rapid progress towards Kohima, so that by 17 March 1944 Mutaguchi's hopes of overrunning Imphal and Kohima, and advancing on the rail and supply centre at Dimapur, appeared to be going like clockwork. He had high hopes that from Dimapur his victorious forces, using the large supply of weapons, ammunition and food he knew had been built up there, would be able to make a victorious `March on Delhi'. With him would march Subhas Chandra Bose and the Indian National Army, whom the down-trodden peoples of Bengal, who had already risen against the British, would enthusiastically support. Such a scenario appeared quite feasible.

In contrast to the clear and carefully devised plans of the Japanese, British strategic thinking seemed to be muddled. By February 1944 there had been a large build-up of roads, airstrips, camps, and hospitals, together with stores of weapons, ammunition and food at Imphal, Kohima and Dimapur, ready to support an advance across the Chindwin. Subsidiary bases had been established at Moreh, Kanglatongbi and elsewhere. From Intelligence reports Slim and Scoones (IV Corps Commander in Imphal) realized that the Japanese were preparing to advance westwards over the Chindwin. From information in captured documents Slim estimated that the major offensive would start on or about 15 March, but expected the main attack to be launched against Imphal. He made a serious mistake, which he openly admitted, in expecting that only one Japanese regiment - the equivalent of a British brigade - would make the attack on Kohima and Dimapur. At the same time, he realized that if the Japanese made a serious attack, both 17th and 20th Divisions were too spread out and were dangerously exposed. He considered that he had three possibilities: to attack the Japanese before they attacked him; to fight on the line of the Chindwin; or to let the Japanese advance across the Chindwin towards Imphal, and then fight the main battle at Imphal where Fourteenth Army would have the advantage.

On 13 March, when Imphal, Kohima and Dimapur were in peril from Mutaguchi's assault, Mountbatten and Slim had a crucial meeting with Air Marshal Baldwin who commanded Third Tactical Air Force. In view of the crisis in Imphal, Baldwin and Slim supported Mountbatten who, far exceeding his authority, transferred 30 Dakotas from The Hump forces, in order to fly 5th Indian Division from the Arakan to bring reinforcement to the defences of Imphal.

Troop Carrier Command, which had been heavily involved in the Arakan campaign, then carried out the operation in which, from a base near Chittagong, an entire infantry division, with all their men, guns, vehicles, equipment and mules, without any prior practice, were bundled into Dakotas and flown off to Imphal, to face the enemy almost as soon as they disembarked. The airlift started on 17 March and by the 27th two brigades had reached Imphal and a third had reached Dimapur. No. 194 Squadron of Dakotas, which had just completed the fly-in of the Chindit's Operation Thursday, flew three sorties a day from Chittagong to Imphal to transport 5th Indian Division. This operation, which saved both Imphal and Kohima, has been described by the historian of the Air battle of Imphal, N. L. R. Franks:

We are going to see the eighth wonder of the world tonight. The Daks are going to bring in the 5th Division by air. These Daks were stacked up one behind the other, quarter of a mile apart, touching down and those with troops were simply taxiing along and the soldiers rolling out and then the Dak was straight off again. Then the others came in on the other side of the runway with mules, guns, etc. A half-hour before dawn the larger part of the division was in Imphal. It was the most magnificent piece of air transport I have ever seen. The logistics were unbelievable. They were literally coming in, rolling along and then taking off again back to Chittagong.

At this juncture there is no doubt that without the determined actions of the crews and ground staffs of the RAF and USAAF the battles of Imphal and Kohima would have been lost, and Dimapur would have fallen.

From 27 March onwards, the troops at Imphal and Kohima relied on the tireless determination of the pilots and ground crew with their Dakotas. Later, Mountbatten, who as Supreme Commander of South East Asia Command (SEAC) had his own private Dakota, said that if one piece of equipment more than any other could be said to have won the Burma War, it was the Dakota. The crisis at Imphal and Kohima, eased by the arrival of 5th Indian Division, continued into April, but by then Slim began to feel more confident because, under the wings of the air forces, reinforcements were flowing in.

The RAF had been active in preparing for the showdown at Imphal. The Headquarters of No. 221 Group RAF under Air Vice Marshal Vincent was established beside the main airstrip at Imphal. This and Palel were all-weather strips, supported by fair weather strips at Kangla, Tulihal, Wanjing and Sapam. These airstrips relied on interlocking ground cover material called Meccano, and on Bithess, a hessian strip covered by bitumen, which worked well until the main monsoon rains started. In 1943 the RAF had set up radar posts and observer units well forward of Imphal towards the Chindwin Valley. One very important observation point and radar station had been established near Tamu in 20th Division's area. This was connected by land line to headquarters, and gave advanced warning of any attacking aircraft. The land line link was vital because radar and radio communication was so unreliable in such mountainous country. The withdrawal from Tamu by 20th Division, between 4 March and 1 April, created severe problems for the RAF which thereby lost one of its most valuable warning systems, just at a time when the Japanese were developing the technique of low-flying attacks by just a few aircraft in order to avoid detection.

During the weeks before the battle actually started, the RAF had set up an impressive defensive system, but the Japanese with their Sally bombers and Oscar fighters had made a number of damaging attacks, since the Oscars were able to outmanoeuvre the Hurricanes. The tables began to turn in November 1943 when squadrons of Mk 8 Spitfires flew in to the base. During the next three months Spitfires destroyed or damaged more than 100 Japanese aircraft for the loss of five pilots. At the same time, American Mustangs and Lightnings attacked forward Japanese airfields which had ineffective warning systems, destroying more than 100 aircraft on the ground, and forcing the Japanese to withdraw their aircraft to bases more than 500 miles away near Rangoon.

These preliminary air battles established Allied air superiority which made possible the whole concept of large-scale air supply to military units, as well as enabling the second Wingate expedition, Operation Thursday, to proceed. As the military battles developed, the fighters and fighter-bombers - Hurribombers, Vultee Vengeance dive-bombers, Mustangs and Lightnings - evolved close and effective air support for the troops on the ground, often acting as an additional arm of artillery in attacking Japanese strongpoints.

By the beginning of 1944 the RAF and the Indian Air Force had four squadrons of Hurricanes at Imphal and Palel (Nos. 1, 28, 34 and 42 Squadrons), two squadrons of Spitfires and later a squadron of Beaufighters at Kangla and Sapam (Nos. 81, 136 and 176 Squadrons). In addition to these forces, Wellingtons, Liberators and Vengeances flew in from India and from the advanced bases lying to the west of Imphal at Silchar and Khumbirgram. The Dakota squadrons, Nos. 194 and 117, based at Agartala, were moved forward to Tulihal to fly in the Chindits for Operation Thursday starting on 5 March.

While the Japanese forces were advancing rapidly on the ground, they also made some determined air attacks on the airstrips at Palel, Tulihal and Imphal, where 20 men from Corps HQ were killed. Although the Japanese had lost overall control of the air, they continued to attack Imphal throughout the siege. The Japanese 5th Air Division, its HQ back at Maymyo under General Tazoe, kept up sporadic attacks on Imphal, but gave hardly any support to the three advancing divisions, even though they needed it badly. The reason for this was the fault of Mutaguchi who, perhaps forgetting the domination of the Japanese air force in the 1942 advance, decided that air support was not necessary for infantry divisions. This caused deep resentment, as can be seen from the diaries of captured Japanese soldiers, which spoke of the frightfulness of the enemy air attacks and the hundreds of burnt-out vehicles that crashed down into the valleys, their drivers riddled with bullets. In spite of the general Allied air superiority, Japanese air attacks enjoyed some success during March and April 1944. On 25 April, while flying to Imphal, five Dakotas and their crews were destroyed by a Japanese attack, but the RAF quickly countered this tactic by establishing a corridor from Silchar over the hills to Imphal, which was regularly patrolled by Spitfires.
Posted by Mitch Williamson at 1:28 AM