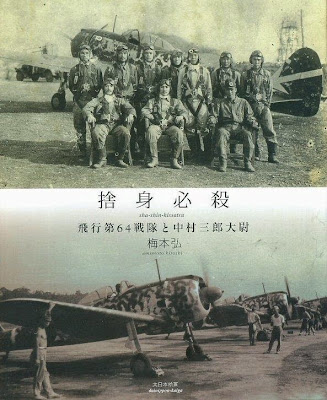 In 1941, with the start of the Pacific War, Tateo Katō was given a combat command – this time as commander of the 64th Sentai, based at Guangzhou, China, and equipped with the latest Nakajima Ki-43 Hayabusa fighters.

His unit participated in the early stages of the war, especially distinguishing itself during the Battle of Malaya. The 64th Sentai was based at Duong Dong airfield on Phu Quoc Island to provide cover for the Japanese invasion fleet bound for Malaya, and to attack ground targets in Malaya and Burma.

The 64th Sentais had first combat experiences of the Flying Tigers on 25 December 1941, escorting a bomber raid on Rangoon.

Under Katō's command, the unit recorded over 260 aerial victories over Allied aircraft. He disallowed individual victory credits for the sake of teamwork. Katō was promoted to Lieutenant Colonel in February 1942. However, only three months later, on May 22, 1942, while over the Bay of Bengal, Katō was killed in action while attacking a flight of Royal Air Force Bristol Blenheim bombers.
#
In the early days of World War Two, when the Japanese were invading Burma from bases in Thailand, Bond was part of a force of 10 Flying Tigers that made a surprise dawn attack, on March 24, 1942, against the Japanese 64th Hayabusa Sentai (Falcon Group) based at Chiang Mai airfield.

Although the squadron commander was Robert Neale, Bond led the attack because he was the only pilot who knew the target, having flown over the airfield as part of a reconnaissance. Ed Rector, one of the 1st squadron pilots, in the documentary film Fei Hu: The Story of the Flying Tigers, said: "Visibility was just terrible and with the sun coming up and with all that haze, it wasn't possible to identify anything. And Bob Neal is weaving back and forth. I think Bob was just about to turn around and go back, and with that, Charlie Bond flew by him, rocked his wings and in effect said 'follow me'."

In his diary, Bond wrote: "As the haze thinned, I saw the field and outlines of the hangars. I flipped on my gun switch, and another 1,000 feet lower I fired my guns in a short burst to check them and let the other guys know this was it, seeing a line of parked Japanese I-97 fighters. I pulled back slightly, preparing to strafe the entire row. Now it was clear we had caught them flat-footed without any warning."

Neale, commander of the 1st squadron, and the Flying Tiger's top ace, recounted in a 1962 interview: "When we got there the Japs were climbing into their planes and their engines were turning over. It was just breaking daylight then and the planes were so tightly packed that the first line had to take off before the others could get out, because they were locked wing to wing there. There were a few big transport ships in there. They had 10 or 11 fighters burning on the field itself. The anti-aircraft fire was intense. I never saw anything like it in my life. From a military point of view, it turned out to be one of the best raids and did the most damage of any [Flying Tigers raids]."

Three days before, on March 21, a Japanese force of 151 bombers and fighters, the largest air armada Southeast Asia had seen, bombed the last Allied airfield in Burma, at Magwe. The Japanese planes were seen returning to northern Thailand, in the direction of Chiang Mai.

The Japanese had 14 air regiments, about 400 to 500 planes, stationed in southern Burma and Thailand, including Mae Hong Son, Chiang Rai, Chiang Mai, Lamphun, Lampang and Tak.

Col Tateo Kato, himself a fighter ace celebrated in Japan and commander of the renown 64th Sentai (air regiment), was not expecting Allied planes to attack. After the bombing of Magwe, the remnants of the RAF in Burma retreated to the eastern border area in India, and the Flying Tigers returned to Yunnan province in southern China - out of range of the Japanese air bases in Thailand.
Posted by Mitch Williamson at 12:06 AM